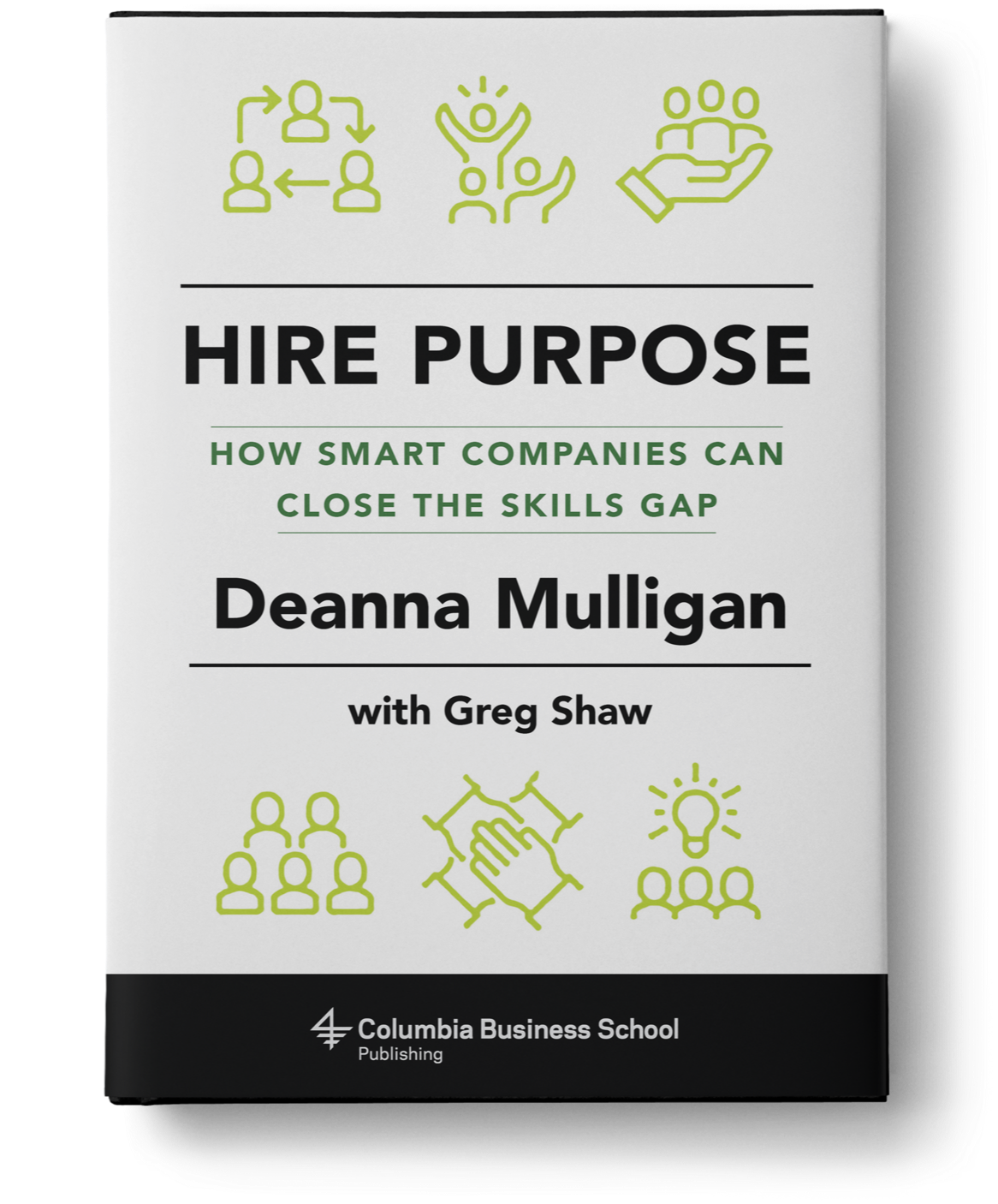 HIRE PURPOSE:
How Smart Companies Can Close the Skills Gap

Automation is no longer a hobbyhorse of futurists, but a pressing concern for the current generation of leaders in both the private and public sectors.

In the next ten to fifteen years, work and life at every level of society are going to be transformed. Emerging technology will revolutionize nearly every job, eliminate some, and create new forms of work that we have yet to imagine. How can we survive and thrive in the face of drastic change?

Deanna Mulligan offers a practical, broad-minded look at the effects of automation and why the private sector needs to lead the charge in shaping a values-based response. With a focus on the power of education, Mulligan proposes that the solutions to workforce upheaval lie in reskilling and retraining for individuals and companies adapting to rapid change.

By creating lifelong learning opportunities that break down boundaries between the classroom and the workplace, businesses can foster personal and career well-being and growth for their employees. Drawing on her own experiences, historical examples, and reports from the frontiers where these issues are unfolding, Mulligan details how business leaders can prepare for and respond to technological disruption. Providing a framework for concrete and meaningful action, Hire Purpose is an essential read about the transformations that will shape the next decade and beyond.

“When we measure tech intensity, two elements are essential ― the adoption of world-class technology and a workforce skilled to optimize that technology. Deanna Mulligan offers us the intensive story of a company’s digital transformation and a roadmap for preparing the workforce of the future.”

“In Hire Purpose Deanna Mulligan shows how every business can be a powerful platform for change as technology transforms the workforce. She provides a detailed roadmap for reimagining how we educate and train the workforce of today and tomorrow, with a goal of reducing inequality and accelerating economic growth.”

“Deanna Mulligan’s Hire Purpose is a must read for CEOs and other leaders who understand the challenge of preparing the workforce of tomorrow. She presents a clear and compelling theory of action for the education and training system needed for jobs of the future ― and future growth…

“Deanna Mulligan’s Hire Purpose is a must read for CEOs and other leaders who understand the challenge of preparing the workforce of tomorrow. She presents a clear and compelling theory of action for the education and training system needed for jobs of the future ― and future growth. Providing equal opportunity for women and underserved groups in this process will be critical to ensuring we enable a future where everyone can contribute their full potential.”

“In Hire Purpose, Deanna Mulligan delivers compelling insights about how to prepare workers for the jobs of the future. Her book is essential reading for anyone who wants to understand why workforce education and training are so essential to our society’s continued strength and growth in the 21st century.”

“A strong and diverse team is fundamental to the success of organizations today that increasingly must adapt to rapid change with creativity and innovation. Drawing on her experience as both a CEO and strategic adviser, Deanna Mulligan defines a powerful talent blueprint and offers…

“A strong and diverse team is fundamental to the success of organizations today that increasingly must adapt to rapid change with creativity and innovation. Drawing on her experience as both a CEO and strategic adviser, Deanna Mulligan defines a powerful talent blueprint and offers keen insight that our ability to develop a workforce ready for jobs of the future requires that we start by being creative and innovative in how we recruit, train and prepare our colleagues.”

author of Triggers, MOJO, and What Got You Here Won’t Get You There

“Deanna Mulligan is one of the most dynamic and thoughtful CEOs I have ever met! Hire Purpose is an insightful guide to help the leaders of the future prepare the workforce of tomorrow.”

“Deanna Mulligan’s Hire Purpose is a must read for leaders across the private and public sector..

“Deanna Mulligan’s Hire Purpose is a must read for leaders across the private and public sector. As we cope with a serious skills crises, and address the challenge of preparing tomorrow’s workforce for the jobs of the future, she offers clear and compelling actions, that those in business, government and education can take, to reform the education and training system to ensure economic growth. “

“Deanna Mulligan’s compelling book is visionary and highly practical. Her voice is eloquent and draws upon her lifelong quest to lead from a place of meaning and high purpose. This is a roadmap for where business needs to go and how to do it.” 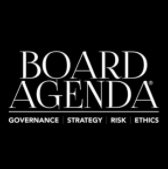 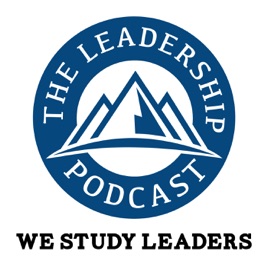 Nov 5, 2020 The Leadership Podcast – The Case for Reskilling Read More 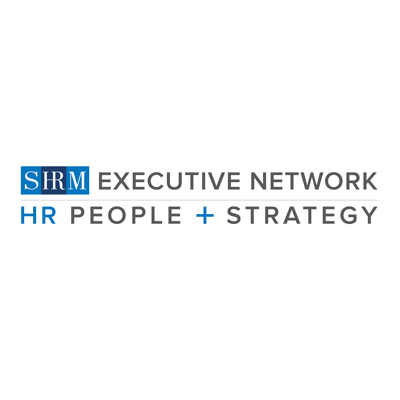 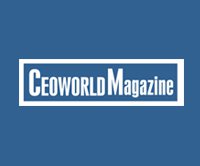 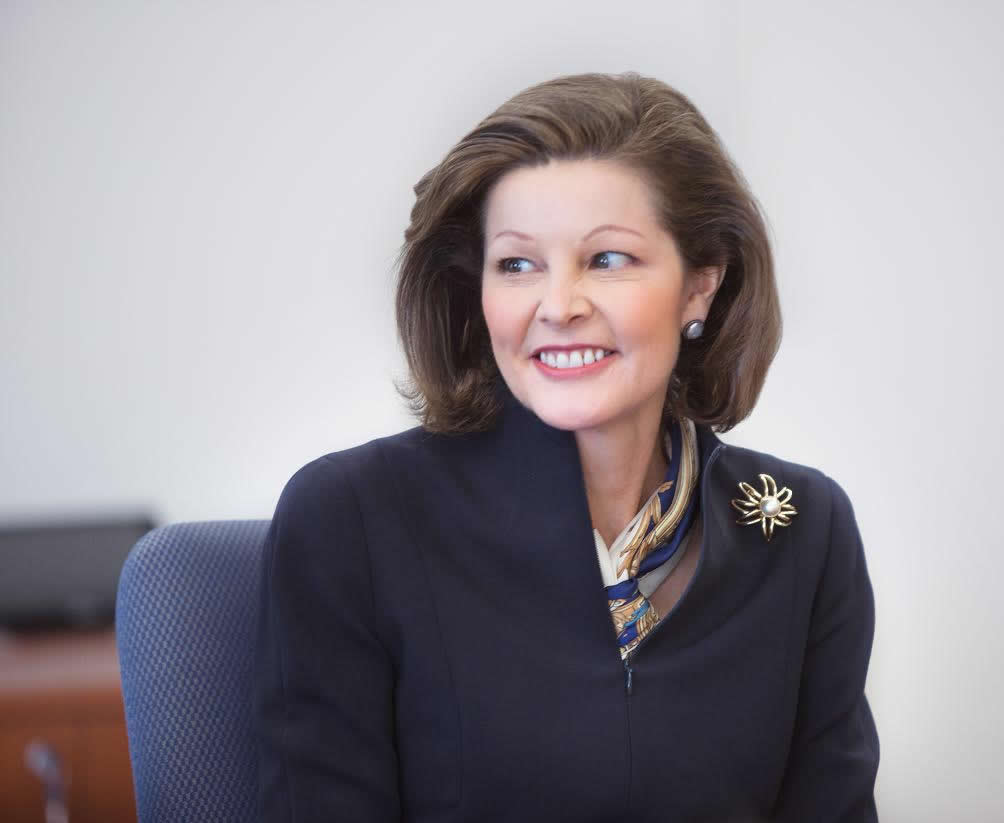 Deanna M. Mulligan is CEO of PURPOSEFUL, former Fortune 250 Chairman and CEO of Guardian Life Insurance, as well as a Trustee, Board Director, Entrepreneur, and Best-Selling Author.

She was a Principal at McKinsey and Company, and went on to serve as Chief Executive Officer of The Guardian Life Insurance Company of America from 2019 to October 2020, as President and Chief Executive Officer of Guardian from 2011 to 2019, and as President and Chief Operating Officer of Guardian in 2010. She also served as a member of Guardian’s Board of Directors from 2011 until her retirement at year-end 2020, and as its Board Chair from October 2020 until her retirement date.  In addition, she has held senior positions at AXA Financial, New York Life Insurance Company, and ChannelPoint.

Active across the industry and in the community, Ms. Mulligan is a Board member of Vanguard, the American Council of Life Insurers (ACLI), the Partnership for New York City, the Economic Club of New York, the Chief Executives for Corporate Purpose (CECP), and the Bruce Museum in Greenwich, CT. Ms. Mulligan was appointed to, and served on, the President’s Advisory Council on Financial Capability for Young Americans from 2014 to 2015, was Chair of the Board of the ACLI from 2015 to 2016. She is currently a member of the Stanford Graduate School of Business Advisory Council, and served as a Director on the Board of Arch Capital. In addition, she is active as a board member of New York Presbyterian Hospital, The Partnership for New York City, and CEOs for Corporate Purpose.

Deanna is passionate about implementing private sector solutions to the larger problems of society, specifically in the areas of employment and reskilling, healthcare delivery, and secure retirement.

Fortune named her one of the “50 Most Powerful Women in Business” and Crain’s New York Business recognized her as one of “The 50 Most Powerful Women in New York,” five times each. Ms. Mulligan graduated from the University of Nebraska with High Distinction and holds an MBA from the Stanford Graduate School of Business. She has appeared on CNN, Bloomberg TV and Yahoo! Finance, and has participated in Fortune’s Most Powerful Women Summit, Forbes Women’s Summit, the Peterson Fiscal Summit, the ACCT Leadership Congress, and CECP’s CEO Investor Forum 8.0, among other speaking opportunities. 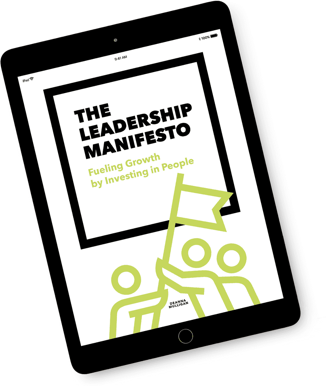